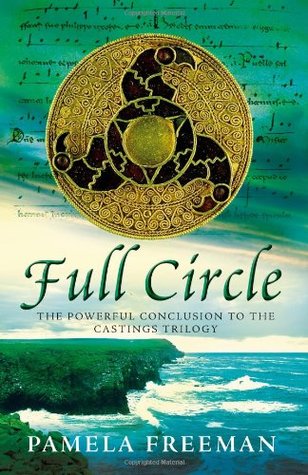 Saker’s ghost army is slaughtering those of the new blood, fuelled by an ancient wrong. But while he’d thought revenge would be simple, he’s now plagued by voices foreshadowing a calamity beyond his comprehension.

Ash and Bramble raise the warrior spirit of Acton, mighty in life and powerful in death. Only he can stop Saker’s rampage. But is Acton, Lord of War, murderer or saviour?

And why would he help strangers protect a world he’s never known?

Bramble has been marked as Saker’s nemesis, but will be challenged by deeper powers than Saker can command – as well as by her own feelings for Acton. As the living fight the dead, strange forces will shape an uncertain future from pain and suffering.

“I’m sending a rope down!” Medric said. “There’s nothing to hitch it to here, so don’t pull on it until I’m braced and I give you the word.”

“All right,” said Bramble. She was lucky, she supposed, that she had come down into the caves with Medric, an experienced miner, but part of her wished he would let her stay down here at the bottom of this shaft, alone in the middle of a mountain with Acton’s bones until she too had died and her flesh had sifted into dust.

The Shantyman was singing as they brought up the anchor.

Lady Death will ring her knell

And call us all to the coldest hell

Martine stood and watched the huge anchor, wood bounded by iron, slide slowly up out of the dark green water, dripping weed.

Even though these books are quite slow progress, I must say I have come to really love this series and the way the books are told! There is just something so magical about the writing and how the author includes the side stories of the people or beings the main characters meet along the way, I just love it as I haven’t come across this sort of storytelling before. I would definitely say this is a very unique type of fantasy and I can tell the author worked really hard to produce these stories though I also wish these books were better known as I remember coming across this series after doing a lot of digging for high fantasy books and luckily my library had this series handy. After finishing this book I am highly considering buying these books for myself as they are such comfortable yet at the same time dark books that make for great reading after an long day when you just want to relax. I really wish the author would write more fantasy books like these as her writing is so pleasurable to read and I will acknowledge that I was unsure about how I felt about the first book when I finished it but now I will say these books are the types where you enjoy them more after some time after finishing. These are not fast reads hence the reason it is taking me a while to get through this, but I would definitely recommend these for those who like more poetic dreamlike types of fantasy 🙂