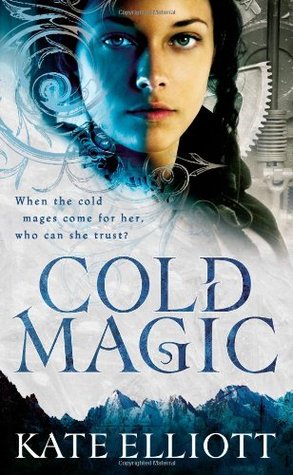 Cat Barahal was the only survivor of the flood that took her parents. Raised by her extended family, she and her cousin, Bee, are unaware of the dangers that threaten them both. Though they are in beginning of the Industrial Age, magic – and the power of the Cold Mages – still hold sway.

Now, betrayed by her family and forced to marry a powerful Cold Mage, Cat will be drawn into a labyrinth of politics. There she will learn the full ruthlessness of the rule of the Cold Mages. What do the Cold Mages want from her? And who will help Cat in her struggle against them?

This was such a richly described complex novel that was about a lot of things I’m interested in e.g. culture, mythology and the what ifs in history. This is not a story to be rushed it has to be savored and analysed to get the full experience.

The novel is set in an alternate early 19th century europa that still has fragments of the ice age and magic and the spirit world are real and well known. After the fall of the Roman empire the regional princes and nobility ruled their areas but were still influenced by the somewhat regional mage houses who gained power when people from the sahara area were driven from their land by a plague of ghouls that were released when digging too far in the salt mines. These people had sorcerers who led them safely north across the desert to Europa where they met the celtic drua of the north and together they formed the mage houses. There is just too much complex history for me to go into here but I will say the world was richly crafted and described especially the spirit world scenes.

The things I liked were the world building (like I said), the characters and the reveals toward the end. One of the things that intrigued me so was this whole idea of dragons controlling the natural forces of the mortal and spirit worlds by dreaming and shifting in their sleep. I wanted to know more about this ability to “walk the dreams of dragons” and what exactly it meant and it would also be interesting to learn more of Cats heritage and why she has a spirit mantle and what her brother actually is. The idea of the wild hunt was also really interesting as I’m sure I’ve heard that name before but not known what it is. It turns out the wild hunt kills or carries away those who have drawn the attention of the night or day courts, the courts that rule the spirit world..

The characters were well developed and complex and I loved seeing how they evolved throughout the book. I know she is the MC but I really got on well with Cat. I could really sympathize with her situation when she discovered her whole life was a lie and I liked her quick wits and determination. She is a strong character who will do anything to protect those she loves and survive.

The things I didn’t like that much were the slow pacing. I can’t really say how but I thought this novel could have moved along faster. There was a lot of descriptions of average things so maybe things could have been edited down a little? The ending also felt a little unbelievable and unclear regarding the mage houses desire to control Bee the girl who walked the dreams of dragons I knew they were guarding her but afterwards the girls went to seek legal help with old friends while also meeting the very man those in power want to stop.

It would seem that everyone powerful on both sides is going to start fighting over the power to get the girls to do their bidding. I really hope this series is not going to turn into political ramble like Golden Son… I really hope this series will focus more on the fantasy side of things and I would really like to know more about the spirit world courts and the dragons…

This is how I envisioned one of the dragons (representing the forces of ice and winter and perhaps cold magic even though the cold mages were said to get their power through the spirit world) after looking at my front cover of this book.. 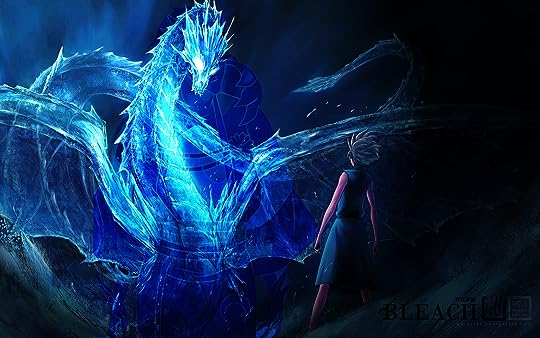 So yeah, this is a book I ended up enjoying a lot more after reading it the second time around and it’s definitely one that’s enjoyed more after some deep thought.

I would recommend this book to those who are looking for a really complex alternate history/fantasy book. Anyone who likes rich culture and history along with strong characters would like this but on saying that there is a lot of patience needed with this book due to the pacing and all…