It’s a place to share news and recap the previous week, showcase books and things we have received and give news on what is coming up this week on our blog.

The past week has been quite eventful and busy for me because I have currently moved to stay with my friend for all of next week near Bangor. We plan on doing a lot of exploring the local area and even though I just got settled in yesterday, I’m already loving the feel of the place and I like having a change from boring post-holiday depression home life. Where I am the summer is almost over and it’s nearly time to start college again which means I’ll be doing even less reading than ever 😛 But since I’ve arrived all I’ve been doing mostly is shopping and looking around the town. Not the most exciting but we do have excursions planned 🙂

With all this going on I haven’t been doing a lot of reading but I have DNFed Ghost Hawk by Susan Cooper. It just wasn’t drawing me in and while the writing style was descriptive of the historical setting, I just wasn’t drawn in by the characters and found the plot immensely boring with hardly anything happening 😦 Why oh why do I keep finding boring books??

But the books I’ve added to my TBR are: 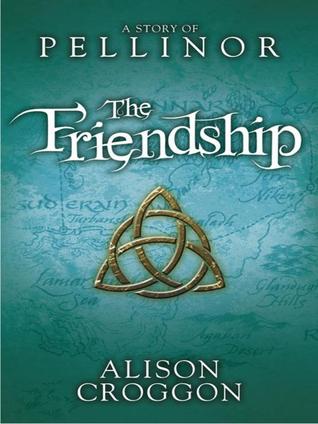 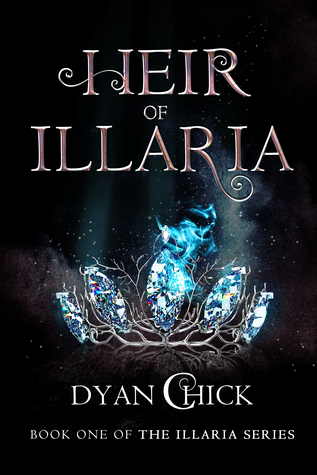 When kingdom come, there will be one.

In every generation on the island of Fennbirn, a set of triplets is born—three queens, all equal heirs to the crown and each possessor of a coveted magic. Mirabella is a fierce elemental, able to spark hungry flames or vicious storms at the snap of her fingers. Katharine is a poisoner, one who can ingest the deadliest poisons without so much as a stomachache. Arsinoe, a naturalist, is said to have the ability to bloom the reddest rose and control the fiercest of lions.

But becoming the Queen Crowned isn’t solely a matter of royal birth. Each sister has to fight for it. And it’s not just a game of win or lose…it’s life or death. The night the sisters turn sixteen, the battle begins.

The last queen standing gets the crown.

Many have said this book was boring with not a lot happening. But because this author is so popular I’d like to give all her books a chance and I will add the description is to my liking.

The Friendship by Alison Croggon

Saliman has travelled to Norloch to study the High Arts under Nelac of Lirigon, one of the greatest Bards in all Annar – but he feels isolated from his fellow students and angry at the prejudice he encounters from them. One such student is Cadvan of Lirigon, who to Saliman seems arrogant and selfish. However, it would seem that the pair are destined to become friends … and that through their growing friendship they will fight the darkening of the Light itself.

This was a short story I got for free on Amazon. It’s set in one of my most favourite fantasy worlds and it was free so why not?

The Bone Queen by Alison Croggon

Cadvan of Lirigon, one of the most powerful Bards of his time, has been exiled from the School of Lirigon for a grievous crime that unleashed the power of the Bone Queen. Isolated and guilt-ridden, he is burdened by memories of his dealings with the Dark. Meanwhile, across Edil-Amarandh, a number of disturbing events suggest that the Bone Queen may not have been successfully banished, as was previously believed. The Light is under threat, but does Cadvan have the strength to face the Bone Queen again?

Another one I only just discovered from my library that is set in my favourite fantasy world. A prequel too, this should be most interesting…

Heir of Illaria by Dyan Chick

In Illaria, there is a fate worse than death.

As long as I can remember, I’ve been taught to fear the Necromancer King. He controls the kingdom of Illaria with dark sorcery and the constant threat of his undead army. I never thought I’d have reason to cross his path. Everything changed the day his guards tried to kill me. That’s when I found out my whole life has been a lie. By joining a resistance group called the White Ravens, I’ve claimed new roles. Princess of Illaria, sorceress in training, and threat to the Necromancer King.

I’ve recently received this one as an arc and wow does it sound exciting! It has mixed reviews on GR but I’ll just have to experience it for myself.

Coming up next week:

Next week I’ll write more reviews on books I recently read as well as blitz more awesome books but I will be busier than usual as I’m away from home.  😛

How has your past week been ? 🙂