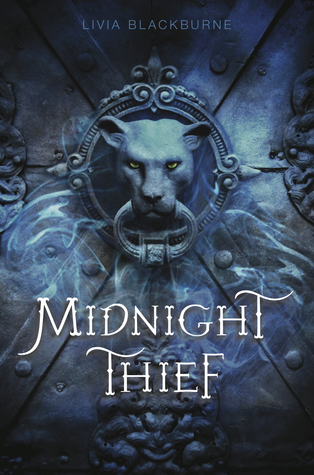 Growing up on Forge’s streets has taught Kyra how to stretch a coin. And when that’s not enough, her uncanny ability to scale walls and bypass guards helps her take what she needs.

But when the leader of the Assassins Guild offers Kyra a lucrative job, she hesitates. She knows how to get by on her own, and she’s not sure she wants to play by his rules. But he’s persistent—and darkly attractive—and Kyra can’t quite resist his pull.

Tristam of Brancel is a young Palace knight on a mission. After his best friend is brutally murdered by Demon Riders, a clan of vicious warriors who ride bloodthirsty wildcats, Tristam vows to take them down. But as his investigation deepens, he finds his efforts thwarted by a talented thief, one who sneaks past Palace defenses with uncanny ease.

When a fateful raid throws Kyra and Tristam together, the two enemies realize that their best chance at survival—and vengeance—might be to join forces. And as their loyalties are tested to the breaking point, they learn a startling secret about Kyra’s past that threatens to reshape both their lives.

In her arresting debut novel, Livia Blackburne creates a captivating world where intrigue prowls around every corner—and danger is a way of life.

Let me start by saying that in some of my friends reviews on Goodreads, they said this book was predictable and they could see the twists and turns coming (some from like a mile off). This was not always the case with me. I mean sure Kyra’s genetics didn’t come as that much of a surprise but other things such as the shifting with the demon cats did.

One thing I liked a lot about this book is the way that nothing is black and white and not everyone’s intentions are clear even at the end. I liked that good and evil seemed to be mixed on all sides with loyalties constantly shifting. The action was also well drafted and to be honest most of the time I didn’t know what was round the corner.

Now for the writing, I found the writing suspenseful and fast paced but I really think there could have been more in depth character development. I felt the characters were rather flat with not much personality to them and I seriously hope in the next book we’ll go more into their pasts. Another thing to mention is the lack of world building. For reasons I’ll never understand and from my own experience it seems popular these days in YA to write a story with no or little world building. This I don’t understand as I personally like to be fully immersed in a world not just get a glimpse.

But overall this was an exciting somewhat original high fantasy novel that holds promise for more exciting things to come (oh how I hope I’m not let down :P).